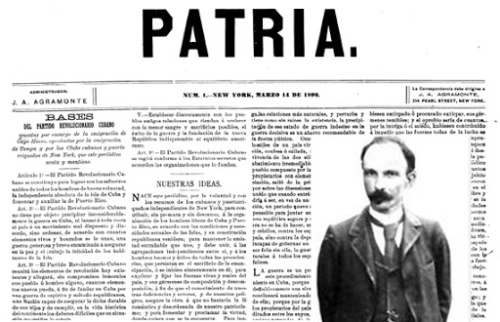 Florida, Mar 14.- From the centenary of the publication of the Patria newspaper, founded by José Martí in New York on March 14, 1892, the Cuban Press Day is celebrated in our country.In that inaugural issue, the bases of the Cuban Revolutionary Party were published in which Martí captured the essence of the Revolution’s thinking and strategy. José Ramón Morffiz, Professor of History at the Rural Pre-University Institute «Rolando Valdivia» gives us his insights: